“Oh I didn’t know we were gonna get a comedian in here!” said Kendall Corley, the South Carolina state director for Joe Biden‘s presidential campaign.

The whole Zoom chat laughed after I had clowned several of them for their choice in sports teams, questionable zoom backgrounds, and of course, low key profiles. I was talking to a group of Black male staffers and advisors, the unknown, the unrecognized, the “Hidden Figures” of the Biden campaign.

A group that may just be the last line of defense between winning the election against Trump, and America falling off a cliff into fascism.

The American campaign world, especially on the Democratic side, has transformed over the last several years, and in a good way.

Some of the biggest names in political strategy to the general public are Black women like Symone Sanders, Alencia Johnson, Nina Smith and LaTosha Brown, when just a decade ago the high-profile consultants and advisors were all white men like Karl Rove, Dick Morris, David Plouffe and Joe Trippi.

Clearly, consultants develop strategy beyond whatever their racial identities are, but heading into the 2020 election Trump’s mostly white and male advisors have bragged they can get anywhere from 15-20% of the Black male vote. Or at least peel of just enough Black men from Biden with the exploitation of Kanye West, or overt appeals to toxic masculinity.

That’s a pretty bold claim by Team Trump, and I decided to talk with the Black men on Biden’s campaign who’d be tasked with calling Trump’s bluff.

Our conversation started with “Basketball Dads,” who are just as important for Democrats in 2020 as the Soccer Moms and NASCAR Dads were to Republicans in the early 2000s. Basketball Dads are Black men between about 25-50, with maybe an LBC degree (Little Bit of College).

He gets off work at FedEx, or the Verizon store, hits the courts for an hour before coming home to his family or dropping off his daughter for the weekend with her mother. The huge swath of Black men straddling the working and middle class, whose racial experience in America is more like George Floyd than Christian Cooper.

They are the key to states like Michigan and Georgia this fall, and even though they know Trump is racist, they don’t trust Biden to change their lives for the better.

“That Black man you describe sounds a lot like my Dad,” says Vincent Evans, who’s thick drawl makes him the perfect fit as Biden’s southern political director. “Wakes up everyday with my mother and little sister who’s still at home.”

According to Vincent, many of the Black men on Biden’s staff come from the very backgrounds of “Basketball Dads.” These men aren’t addresses on a spreadsheet — they’re brothers, cousins and parents.

“I understand the alienation that a Black man can feel about engaging in electoral politics,” says Addisu Demissie, a veteran of the Cory Booker presidential campaign before joining Biden.

He and other staffers acknowledge that the 2020 election for Black voters, is less about choosing between Trump and Biden, and more about choosing Biden or not voting at all.

This is why they talked about the importance of local credible voices, like Birmingham Mayor Randall Woodfin, Florida Rep. Chevon Jones and State Senator Marlon Kimpson of South Carolina who speak out about how Biden’s policies address specific healthcare and business needs of Black men.

In the typical ‘Hidden Figures’ campaign staff story, you follow a bunch of underlings around all day to see whose phone calls get answered, pick up the energy of the office, and hope for a chance encounter with the candidate.

However, with most of Biden’s staff sheltered in place around the country, and our interviews being over Zoom, I thought it would be hard to gauge just what the Biden campaign was like on the inside. Turns out some things you can still pick up, even over spotty Wi-Fi.

“I was thinking back to 2016, Black men and particularly Black people, we all know each other, we support each other [in the campaign]. Working for Biden, It’s like a family reunion in a lot of ways, “ Addisu says.

A big reason for that family reunion feeling, even for Black folks low on the totem pole? Biden campaign co-chair and former head of the Congressional Black Caucus Cedric Richmond (D-LA).

Out of the dozen or so campaign staffers I spoke with, almost everyone mentioned how Richmond made sure Black staffers had a seat at the table in the Biden campaign and helped avoid some of the issues that plagued the Elizabeth Warren and Bernie Sanders campaigns during the primary.

“For Black folks, he is our voice, [Richmond] is our guiding light, he does way more than people know,” says Kamau Marshall, Biden’s technical director of strategic communications.

“He has a relationship with Black staff and he makes sure things are smooth. That’s one of the sweet spots at the Biden campaign, to have him be accessible for all the staff and the Black staff in particular.”

Initially, I thought this was political spin, of course, everybody is going to say the Biden campaign treats Black staff well, especially when the slightest whisper of problems can hurt you when trying to turn out skeptical Black male voters.

However, this isn’t just any campaign year. Joe Biden is running for president during a COVID-19 pandemic that has killed over 30,000 African Americans in four months, Black unemployment is at 15% and the ‘racial reckoning’ flowing from the Black Lives Matter protests is putting white institutions on notice.

These events have affected the campaign, in a good way. Black staffers I spoke to talked about group hugs, moments of silence and organic discussions after the George Floyd killing. Many credit Biden with creating the kind of campaign environment where these raw feelings from the bottom of the campaign are respected and integrated into strategy.

Speaking of the bottom, most of the staffers said that’s where they started, but now that they’re here at the Biden campaign, they didn’t have to turn in their Black card to make a difference.

“I wake up every day as a Black gay man with a disability, I can’t separate my identity from my work,” says Reginald Greer, LGBT vote director for the campaign, and most importantly to him, he’s not expected to.

Does this mean it’s all wine and roses at the Biden campaign when it comes to reaching Black voters? Of course not, they are faced with challenges from Trump, coronavirus, and yes even the candidate himself.

When I quizzed Press Secretary Jamal Brown to name five Black print outlets that the Biden campaign had spoken to, he stumbled a bit. Not Elizabeth Warren can’t name 5 Black people for her administration level stumbled, but still, he stumbled.

Yet, the other staffers quickly stepped in to help out, which I think is part of what makes these Hidden Figures so special. Whenever one falters, the rest are there to pick up the slack.

“The Black women, Symone and Karrine [Jean Pierre], Ashley Ellison … we have an all-star squad of Black men and Black women on this campaign, [Biden’s] known that since day one,” says Kamau.

At the end of Hidden Figures, the ‘computers’ save the day, make history and were discovered 40 years later in a movie that made them all famous. I don’t think any of the men I spoke to care much about being famous, but they certainly want to save the day. Will they be able to? Will their work matter?

“I think this time around there’s going to be a spike in Black men voting,” said Kendall, “because of some of the brothers you see on this call and others who are gonna dig deep because we woke up something different this time around. We’re gonna take our community back.”

As he spoke, his son, who couldn’t have been more than 9 years old walked into the Zoom frame and put his head on his daddy’s shoulders. It was the perfect encapsulation of what these Hidden Figures are about. Making a way so the next generation of young Black people can lean and stand on their shoulders to rebuild this country after Trump.

If this group has their way, that’s exactly what will happen. 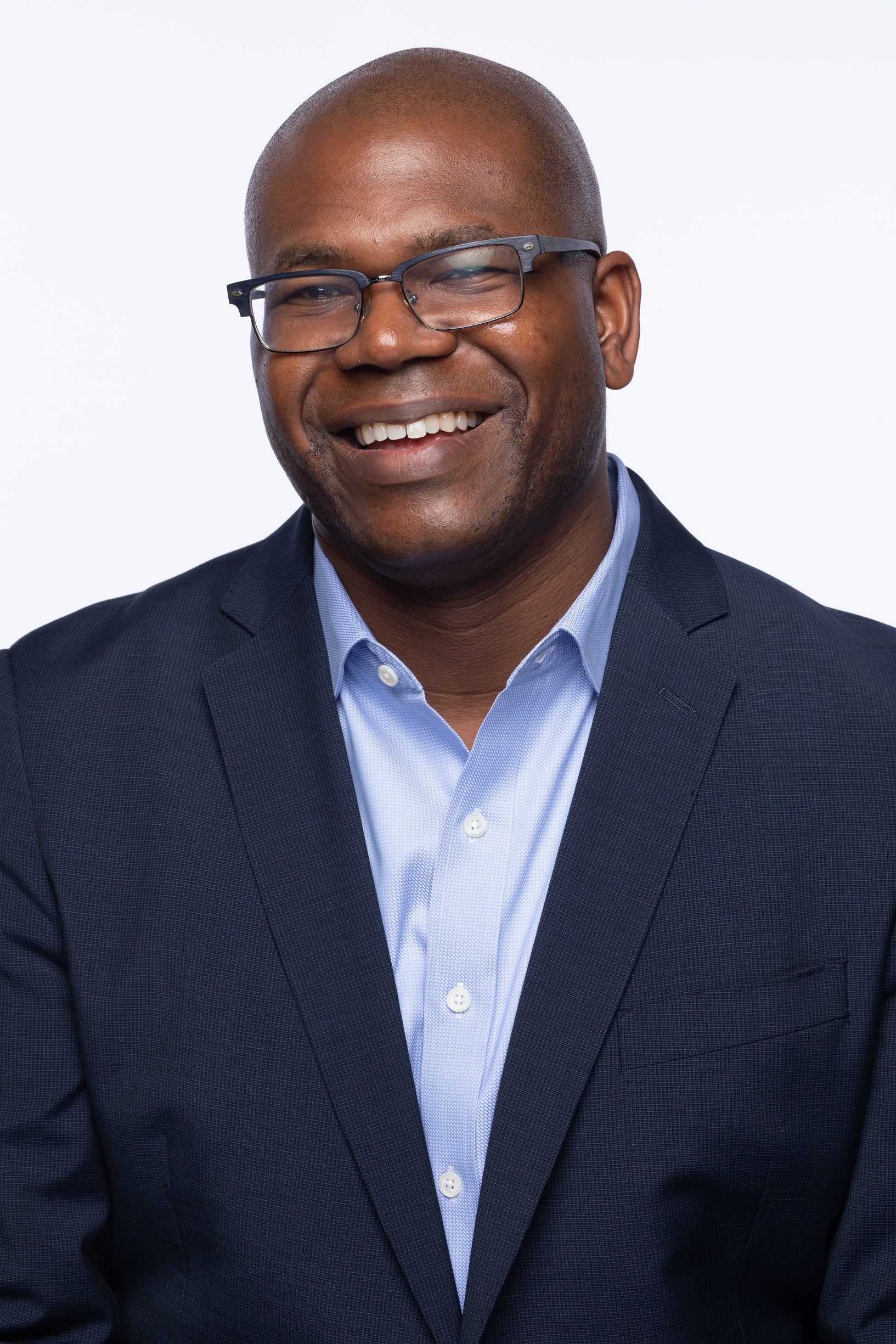 Dr. Jason Johnson is a professor of Politics and Journalism at Morgan State University, a Political Contributor at MSNBC and SIRIUS XM Satellite Radio. Notorious comic book and sports guy with dual Wakandan and Zamundan citizenship.