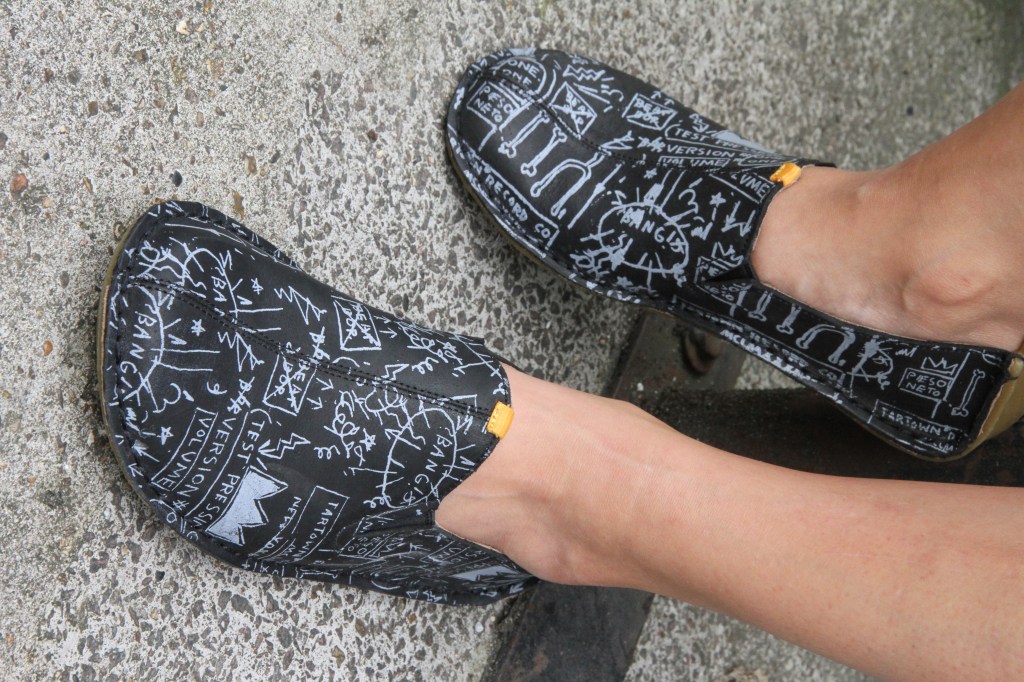 The iconic designs of Jean-Michel Basquiat have found a new canvas. On Wednesday, the footwear brand Vivobarefoot unveiled a new collection featuring recognizable motifs from three of the artist’s best known works.

According to the release, each pair is hand-painted and stitched in Ethiopia, using leather ethically-sourced from local farmers. A portion of contributions will go towards the Livebarefoot Foundation (formerly called the Soul Of Africa project), a “social enterprise facilitating the provision of employment, knowledge transfer and income generation through shoemaking, creating sustainable supply chains and supporting community projects.” In 2017, the company opened a production site in Addis Ababa, and has since trained and employed local shoemakers.

For a limited time, the company is offering two slip-on shoes, one of which features Basquiat’s 1983 painting Untitled Head, a skull drawn in his colorful, graffiti-influenced lines. The second option is decorated with details from the back-and-white album cover Basquiat created for Beat Bop, released in 1983 by Rammellzee and K-Rob. The cover, featuring a clash of icons and text, includes bones, crowns, Roman numerals, and the word “BANG!” within an explosion.

The collaboration between Vivobarefoot and the Basquiat estate follows similar initiatives by retailers including Supreme, Uniqlo, and the Brant Foundation. Most recently, the British footwear brand Dr. Martens teamed up with the artist’s estate for a limited edition line of boots bearing elements from “Beat Bop” and Dustheads (1982), a seven-foot-tall canvas in which two chaotic figures are depicted against a black backdrop, in addition to the crowned dinosaur from the artist’s Pez Dispenser (1984).