One of the U.S. art world’s most beloved award programs has revealed its 2020 winners. The New York–based organization Anonymous Was a Woman has announced the 10 winners of this year’s awards, which come with $25,000 each and go annually to women-identifying artists over the age of 40. It is the second batch of grants the organization has given this year, after a round of emergency Covid ones awarded in the spring.

Among them are Linda Goode Bryant, the founder of New York’s famed Just Above Midtown gallery, and Virginia Jaramillo, whose minimalist abstractions are now the subject of a show at the Menil Collection in Houston, Texas. Also winning awards this year are D. Y. Begay, Barbara Chase-Riboud, and Chitra Ganesh, all of whom have produced work that has been influential to artists of younger generations. 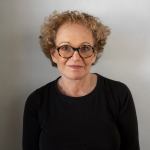 The Anonymous Was a Woman grants do not come with sums as large as the ones that accompany art awards with greater fanfare, but they go to mid-career artists who are often underrecognized but who go on to achieve wider success. Asked whether things such as Jaramillo’s Menil Collection show and Chase-Riboud’s appearance in the Museum of Modern Art rehang impacted who got awards, Anonymous Was a Woman founder Susan Unterberg said, “A lot of them are having special moments, but that wasn’t brought up by the panel” that selected the winners. For the first time, that panel—whose members are kept anonymous—included artists alongside critics, curators, and historians.

Goode Bryant, whose JAM gallery will be the subject of a forthcoming exhibition at the Museum of Modern Art in New York, said that grants such as the ones given out by Anonymous Was a Woman can validate women in various stages of their careers. “The fact that through this award women artists are being recognized for the work, that’s huge, even today,” she told ARTnews.

Below, the list of winners of the 2020 Anonymous Was a Woman awards.