The Metropolitan Museum of Art in New York has received a substantial gift from one of its longtime supporters. Ronald S. Lauder, who with his wife Jo Carole has appeared on the ARTnews Top 200 Collectors list each year since 1998, will give the institution 91 objects from his collection of arms and armor, as well as financial support the department that will steward the donated objects.

Since 1976, Lauder—who also collects in numerous other art historical categories, from Old Masters to German and Austrian Expressionism to contemporary art—has amassed what has been considered one of the finest private collections of European arms and armor. The collection is particularly rich in objects of the kind from medieval times through the Renaissance and into the 17th century. 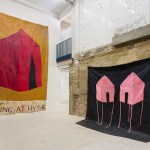 In a statement, Lauder said that he had long been fascinated by the Met’s collections of arms and armors and that, in his early 20s, he began his collecting in the field with input from Stephen Grancsay, one of the museum’s early curators in the arms and armor department.

“When I began thinking about where I wanted my collection to ultimately be displayed, it was only fitting that it would all come back to The Met,” Lauder said in his statement. “Just as I have learned and continue to learn at The Met, I know that this collection will educate future generations about this important period in our history.”

Among the objects included in the donation are a piece of 17th-century field armor produced in Tuscany, of which there are only known in existence, as well as field-and-tournament armor made in the court workshops of Greenwich and given to Friedrich Ulrich, Duke of Brunswick-Wolfenbüttel. The latter object is of particular importance to the Met’s collection, as it will join a pair of matching gauntlets given to the museum in 1913, which, now reunited, will go on view this month.

Pierre Terjanian, the curator in charge of the arms and armor department, said in a statement, “This extraordinary collection, so patiently and expertly assembled and cared for over four decades, is a historic and transforming gift to the department.”

Lauder is not the first member of his family to make a historic donation to the Met. In 2013, his brother, Leonard A. Lauder, donated 78 works from his Cubist collection to the museum, which transformed its holdings of modern art, a field that the Met had historically under-collected.

In an interview with the New York Times, Lauder declined to disclose the monetary value of the donation. As part of its announcement, the Met, which called the gift the department’s most significant one since the 1940s, said it would rename 11 galleries in the museum’s Fifth Avenue location the Ronald S. Lauder Galleries of Arms and Armor.

In a statement, Met director Max Hollein described the Lauder gift as “outstanding in its magnitude and one of a kind in its quality,” adding, “The exemplary level of connoisseurship Mr. Lauder has applied while building his collection, along with his truly remarkable generosity, makes this such a meaningful moment for the Department of Arms and Armor and The Met as a whole.”