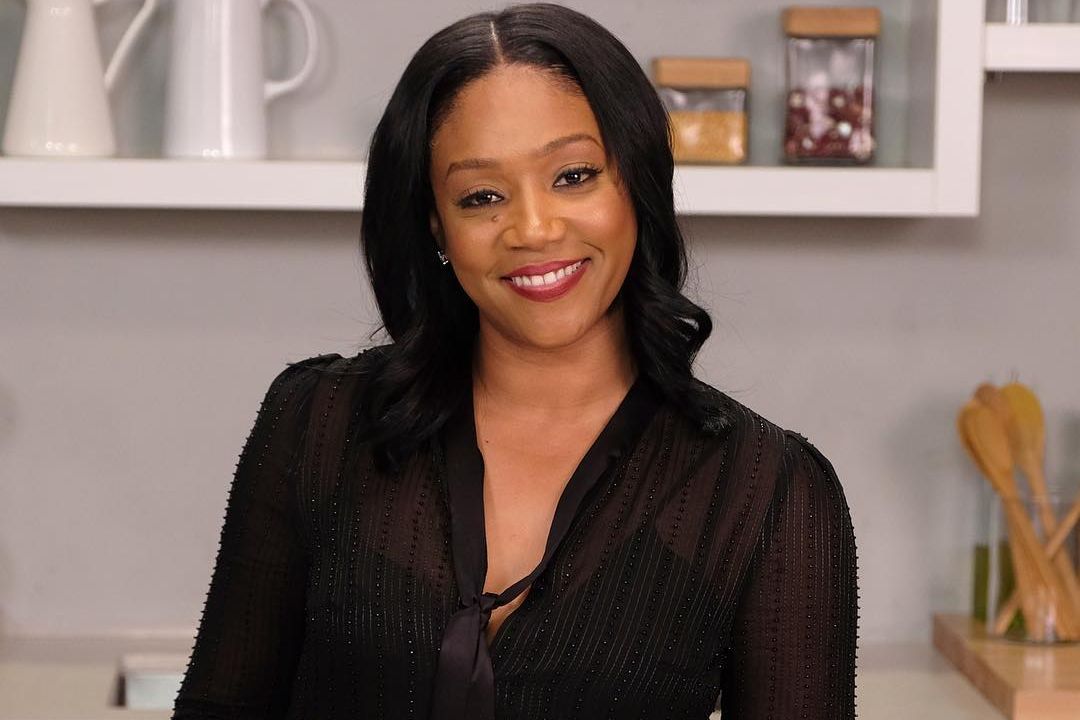 Tiffany Haddish is not here for scammers trying to defraud her friends through her non- profit, the She Ready Foundation. And she is sounding the alarm.

Haddish took to Instagram to warn her followers of the scam. “For the last two weeks, I’ve been getting messages from friends of mine telling me that my foundation, the She Ready Foundation, has been emailing them, asking for their personal information to volunteer.” Haddish said a clear tell-tale sign is if they are sending an email out from an address other than the foundations.

“If you get an email from somebody saying they represent the She Ready Foundation, and their email does not have …  shereadyfoundation.org’” then “they’re a schemer and a scammer,” the Girls Trip actress said.

Haddish, 41, encouraged her fans to “report they ass” if they ever get contacted by someone from a fake email. But Haddish didn’t stop there. During the five-minute video, the comedian put a “curse” on the scammer and said she was praying that the Lord “put it on their heart to stop being a thief.”

In all seriousness, Haddish said her lawyers have sent the scammers cease and desist letters but stressed that if the fraud continues, she would out them by posting “all the stuff that they’re doing.”

She added in the IG caption that “There is a Someone out here acting like they represent @shereadyfou. Beware if you receive a Unsolicited email from some Agency saying they represent the @shereadyfoundation and they are a lie. Report them and block them please they are a scammer and schemer.”

Haddish founded the She Ready Foundation for children living in foster care and also young adults who have aged out of foster care. In the Court Appointed Special Advocate (CASA) Volunteer Program, qualified and trained volunteers are matched with a foster child “to ensure they have the services and support needed in the areas important to all children, including a stable home, education, and healthcare.”

Dawn Onley is a freelance writer based in the Washington, D.C. metropolitan area.