Early on the morning of Sunday, June 29, 1958, a bomb exploded outside Bethel Street Baptist Church on the north side of Birmingham, Alabama, in one of the segregated city’s African American neighborhoods. The church’s pastor, Reverend Fred Shuttlesworth, was a civil rights activist working to eliminate segregation in Birmingham. 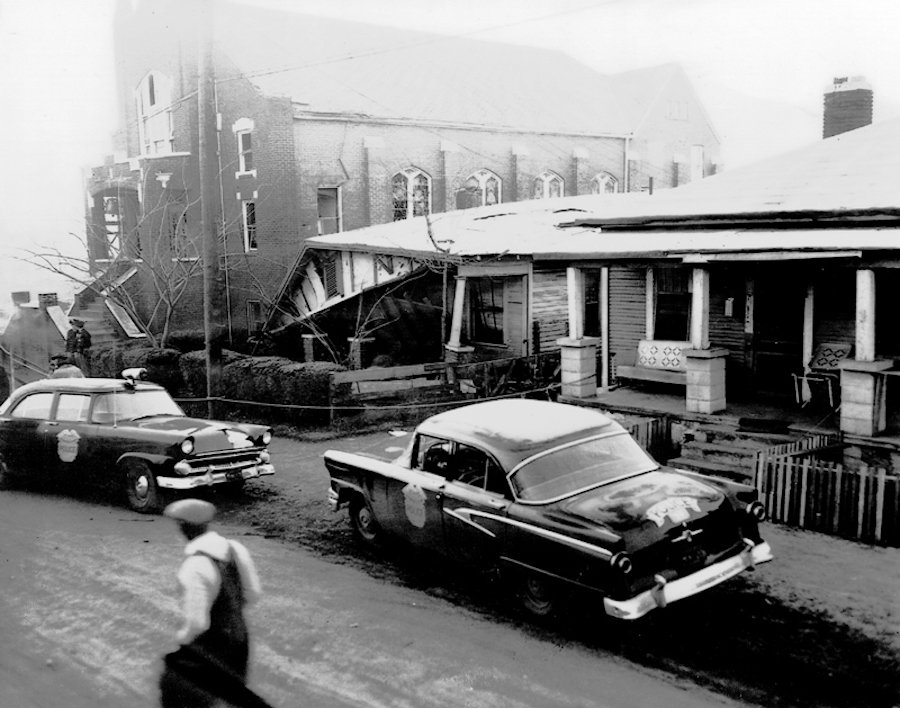 Bethel Street Baptist had been bombed before, on Christmas Day 1956, and since then several volunteers had kept watch over the neighborhood every night. Around 1:30 a.m., Will Hall, who was on watch that night, was alerted to smoke coming from the church. He discovered a paint can containing dynamite near the church wall and carried it into the street before taking cover as it exploded.

Bethel Baptist Church is a historic church at 3200 28th Avenue North in the Collegeville neighborhood of Birmingham, Alabama. The church served as headquarters from 1956 to 1961 for the Alabama Christian Movement for Human Rights (ACMHR), which was led by Fred Shuttlesworth and active in the Birmingham during the Civil Rights Movement. The ACMHR focused on legal and nonviolent direct action against segregated accommodations, transportation, schools and employment discrimination. It played a crucial role in the 1961 Freedom Ride that resulted in federal enforcement of U.S. Supreme Court and Interstate Commerce Commission rulings to desegregate public transportation.

The church’s complex during the historic events of the 1950s and 1960s, located nearby on 29th Avenue North, was added to the Alabama Register of Landmarks and Heritage on November 13, 1996. It was then added to the National Register of Historic Places and declared a National Historic Landmark on April 5, 2005. On January 30, 2008, the US Government submitted it to UNESCO as part of an envisaged future World Heritage nomination (along with the Dexter Avenue Baptist Church and the 16th Street Baptist Church) and as such it is on the so-called UNESCO ‘Tentative List of World Heritage Sites‘.