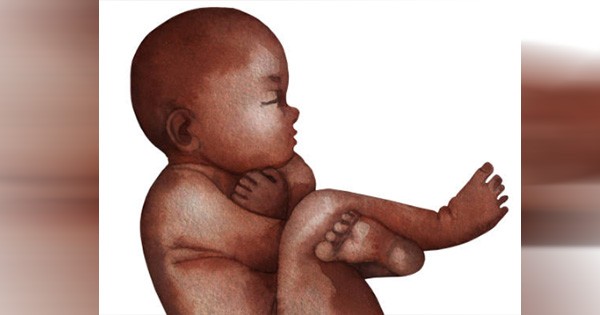 Nationwide — Governor Murphy of New Jersey has relentlessly pushed to have the Reproductive Freedom Act into state law. In June, he stated that he wanted it signed and on his desk by the end of June. That didn’t happen. Now lobbyists are pouring into New Jersey, not for education, infrastructure, crime, or tax relief, but to employ legislators to get the Reproductive Freedom Act to the governor’s desk. In a state with the most liberal abortion laws in America, that allows abortions during the last trimester of pregnancy, Democrats have now written laws to codify abortion eternally for New Jersey and reinstate barbaric procedures such as partial-birth abortion and eliminate protection from children who are born alive after a botched abortion. The reproductive freedom act lowers the standard of care for women by allowing non-physicians to perform abortions. African American women will suffer the most due to the statistical data that shows that a disproportionate amount of the women affected by this will be African American.

According to the most recent Marist Poll (Jan 2021) 7-10 Americans, including nearly half who identify as pro-choice, want significant restrictions on abortion. Moreover, 58% of all Americans oppose using tax dollars for abortion, 55% want to ban abortions after 20 weeks, 70% of Americans oppose abortion if a child is born with Down’s Syndrome, 80% of Americans believe that laws can protect both a pregnant woman and the life of her unborn child. This bill would profoundly ignore the will of the people, even those who are pro-choice.
Nationally, Democrats led by Nancy Pelosi, are introducing even more radical abortion laws than Roe Vs Wade. The Women’s Health Protection Act would expressly prohibit existing laws that regulate abortion and the abortion industry. The bill bans informed consent requirements, reflection periods, and provisions that give women the opportunity to view an image of their unborn child or listen to the child’s heartbeat. The proposed federal policy would also preempt policies like the Pain-Capable Unborn Child Protection Act, which currently protects women and their unborn children in more than a dozen states from inhumane late-term abortions performed after 20 weeks. The scientific evidence suggests that a baby can feel excruciating pain during an abortion procedure performed after 20 weeks.
Who benefits from all this? The Abortion industries fetal tissue and body parts business, that’s who. It is often said, if abortion was not so lucrative it would not have been made legal. The present vaccine craze is directly connected to the fetal tissue harvesting industry. This ghoulish science goes well beyond the Nuremberg Code of Ethics and certainly should be considered crimes – maybe crimes against humanity. Author and former vaccine researcher Pamela Acker’s report reveals “The unborn babies used for vaccine development were alive at tissue extraction.” The babies are still alive when the researchers start extracting the tissue to the point where their heart is still beating, and they’re generally not given any anesthetic because that would disrupt the cells the researchers are trying to extract. So, let me state this in a different way: they’re removing this tissue, all the while the baby is alive and in extreme pain… this makes it even more sadistic. Hundreds of pages of emails, obtained by legal accountability group, Judicial Watch, document arrangements for human fetal tissue, gestational age 16 to 24 weeks, to be delivered “fresh, shipped on wet ice.”
After abortion, liver tissue was removed from 15 live babies. The phrase in vivo (“in the living”) helped confirm that the microsurgery and liver tissue removal were performed on living babies. Although the procedure was performed to obtain cells for liver cell transplant, not cell culture, the rationale was exactly the same: to obtain the freshest tissue possible.
“Where Do We Go From Here?” What would Martin Luther King say concerning this next unconscionable fact also exposed by Judicial Watch and hero David Daleiden, “Pitt’s” (University of Pittsburgh) proposal which also included a racial target for the harvesting of human fetal parts. Of its planned aborted ‘subjects’ Pitt desired 50% to be minority fetuses. The proposal suggests that the ‘subjects’ be diverse because Pittsburgh is diverse. The U.S. Census Bureau shows the city of Pittsburgh is close to 70% white. “The university would harvest 50% of aborted babies from white mothers and 50% from minority mothers with 25% of the babies specifically coming from black mothers.”
You would think the NAACP would step up and demand that this deliberate and disproportionate targeting of African Americans would cease! The Life Dynamics documentary directed and produced by Mark Crutcher, MAAFA21, clearly reveals this insidious link between abortion, vaccines, and eugenics. The Life Education and Resource Network, the largest African American pro-life network in the country, led by Rev. Dr. Johnny Hunter, has been sounding the trumpet of “Black Genocide” through abortion for decades. Let it be now documented that their warnings were truth, not conspiracy theories, nor hyperbole. The documents prove their claims. Let it also be known it is Democrats who are blatantly pushing the abortion agenda with too many Republicans agreeing behind the scenes.
Remember this if you don’t know already: 52% of all African American pregnancies end in abortion. African Americans make up 12.4% of the population but account for 36% of abortions. The leading cause of death in the African American community is abortion. If there are approximately 1.3 million abortions a year and African Americans account for 12.4% of the population, that’s 1,282. per day of African American children killed in the womb. That’s not enough for the University of Pittsburgh… they want more.
Retired surgeon Kathleen Ruddy and author of the recently released book, The Viability of Roe, makes an eye-opening discovery about the lucrativeness of harvesting fetal tissue which she points out in her book. “I found a newspaper article in which the reporter stated that a small vile of fetal liver stem cells cost about $24,000 who buys and sells and uses fetal tissue acquired from abortion clinics Denise Grady and Nicholas St. Fleur, The New York Times July 27, 2015. Think about it, one tiny vile of fetal liver stem cells went for $24,000 a few years ago. What would two kidneys, a spleen, pancreas, and small intestine, where important blood cells of the immune system are made, the bone marrow, two testes, two ovaries, the eyes, the inner ears, the spinal cord, or the brain go for…?”
Truly the love of money is the root of all evil. Staggering! Dr. King once said:
“We will have to repent in this generation, not only for the evil words and deeds of the bad people but for the appalling silence of the good people.”
I concur!
Rev. Dr. Clenard H. Childress, Jr. is the founder of BlackGenocide.org – a movement designed to reach the Afro-American community with the truth about abortion.
PRESS CONTACT:
Rev Clenard H. Childress Jr
revchildressjr@aol.com
201-704-9325