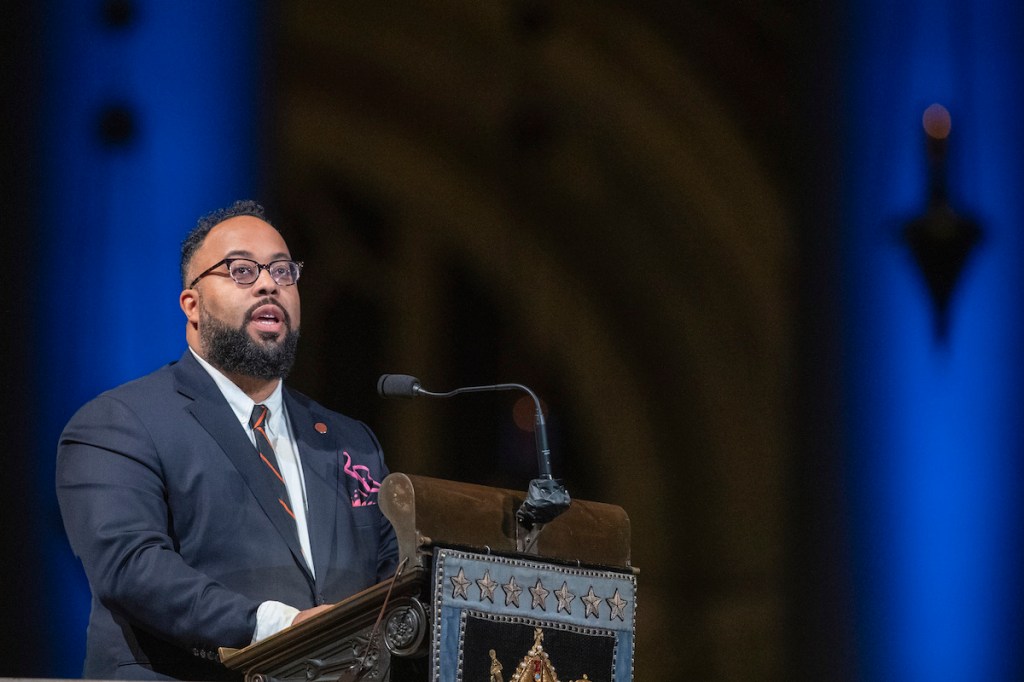 Kevin Young, the director of the New York Public Library’s Schomburg Center for Research in Black Culture, has been named the next director of the National Museum of African American History and Culture in Washington, D.C., according to the Washington Post. He succeeds Lonnie G. Bunch III, who left NMAAHC when was named secretary of the Smithsonian Institution in 2019. Young is expected to start in his new role on January 11.

Young is best-known for his acclaimed poetry, which has collected into various tomes such as Brown, a 2016 book that the New York Times called “deeply and lovingly personal.” He has directed the Schomburg Center since 2016, and he has been the poetry editor of the New Yorker since 2017. Since he began at the Schomburg Center, the institution has raised $10 million in gifts and donations, and acquired the collection of artist Fred “Fab 5 Freddy” Brathwaite and the archive of singer and activist Harry Belafonte.

“How can we chronicle this particular moment? How can we provide a look at the pandemics of Covid and racism?” Young said to the Washington Post. “I’m looking forward to continuing to do that in an innovative way.”

Young will be the second director of the NMAAHC, after Bunch departed after having led the museum for 14 years, first in its planning stages and then when the institution opened to the public in 2016. Upon the NMAAHC’s inauguration, Greg Tate wrote for ARTnews, “Great museums offer a range of opportunities and strategies not only for getting those devilish details right but also for killing us softly, as the song goes, while doing so. NMAAHC scores high on both counts.”