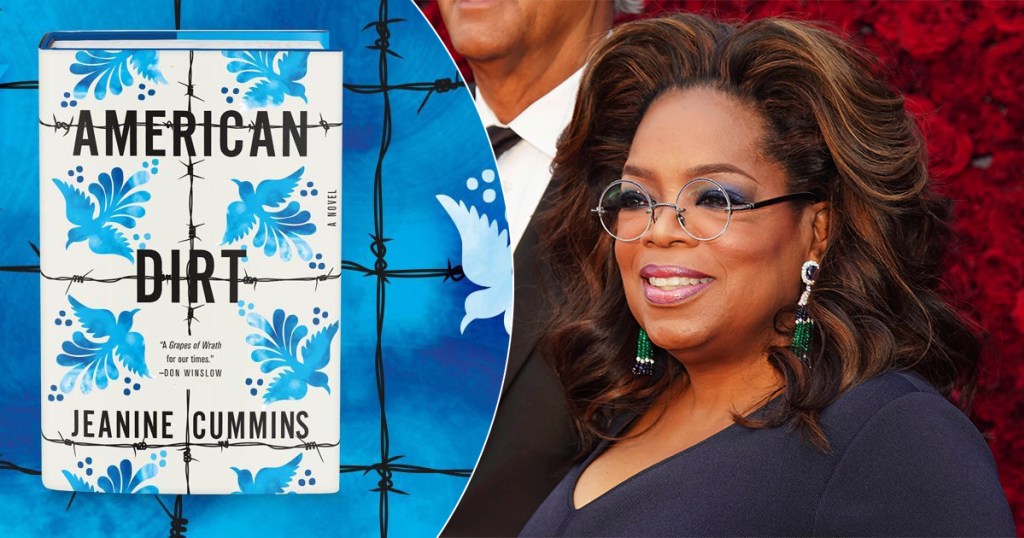 When it comes to the book “American Dirt”, the world is hearing from the lovers and the haters, but not too much from the voices in between. There may not be an in-between.

Released a week ago, the book quickly became a bestseller on Amazon AMZN and Barnes & Noble. However, it has been swamped in literary controversy, bringing it arguably the kind of publicity money can’t buy.

“American Dirt” was written by Jeanine Cummins, who is white, about a Mexican mother who flees the country with her son after a drug cartel kills their family.

Cummins has been accused of cultural appropriation because of her identity — she’s not Mexican or a migrant — by Latino readers and writers who say she perpetuates Latino stereotypes. Some say she may have copied the work of Latino writers such as Mexican-American poet and novelist Luis Alberto Urrea.

Cummins was born in Spain. She identified as white in a 2015 New York Times essay, Buzzfeed reported. In a 2019 interview about her new book, she identified as Latinx, according to Marketwatch.

Oprah loves “American Dirt”. She read the novel last summer before it was released to the public. “It was a visceral experience for me,” she said, praising its writing. “It had me riveted from the very first sentence.” When Oprah announced that she chose “American Dirt,” some wondered why she would support such a divisive book.

In a video posted Sunday on Instagram, Oprah talked about her latest book club selection, saying she’s heard the criticism from the Latinx community but she’s not dumping the novel. Instead she plans to lean all the way in, hosting a discussion that will bring together “all sides” of the debate for an episode in March of her Apple TV+ book club series.

In an open letter published Wednesday, 83 authors on the website Literary Hub asked Oprah to reconsider “American Dirt” as an official Book Club pick. That number is now more than 100 writers.

“This is not a letter calling for silencing, nor censoring,” the authors wrote. “But … we believe that a novel blundering so badly in its depiction of marginalized, oppressed people should not be lifted up.

“We are asking only that you remove the influential imprimatur of Oprah’s Book Club, as you have in the past upon learning that a book you’d championed wasn’t what it first seemed to be.”

Oprah removed the book “A Million Little Pieces” from her club in 2006 when it was learned that author, James Frey, had made up parts the memoir.

Publisher Flatiron Books hailed “American Dirt” as a “‘Grapes of Wrath’ for our times” and “a new American classic,” Marketwatch reported. Cummins was paid a seven-figure advance after nine publishers bid on the book. The movie rights have been acquired by Imperative Entertainment, which produced Clint Eastwood’s “The Mule.”

For Oprah, the book was eye-opening. “It woke me up, and I feel that everybody who reads this book is actually going to be immersed in the experience of what it means to be a migrant on the run for freedom,” she said on a video posted on Twitter. “I promise you, you won’t want to put it down.”

Publisher Flatiron Books was accused of being tone-deaf for displaying barbed-wire centerpieces as decorations at an “American Dirt” book party in May. On Thursday, the publisher said in a press release it had canceled a book tour citing “specific threats to booksellers and the author”.

In their letter, authors who hate the book claim that it “is widely and strongly believed to be exploitative, oversimplified, and ill-informed, too often erring on the side of trauma fetishization and sensationalization of migration and of Mexican life and culture.”

The letter was signed by writers including Tommy Orange, author of the Pulitzer Prize finalist novel “There There“, Valeria Luiselli, MacArthur “genius” grant recipient and author of the novel “Lost Children Archive“, Jose Antonio Vargas, founder of the immigrant advocacy nonprofit Define American and author of “Dear America: Notes of an Undocumented Citizen“, and Myriam Gurba, a vocal critic of “American Dirt” and author of the memoir “Mean“, Mashable reported.

Oprah recently pulled the plug on her involvement in an upcoming #MeToo documentary featuring a woman who accused Russell Simmons of rape. Oprah backed off after being criticized for targeting Black men accused of sex crimes, but letting their white counterparts get a pass.

This article was written by Dana Sanchez for The Moguldom Nation.