This past summer, the Montreal Museum of Fine Arts surprised the art world by firing its director, Nathalie Bondil, a figure who had earned the attention of many on the international scene during her 13-year tenure leading the institution. Shortly after, the museum appointed curator Mary-Dailey Desmarais to a newly created leadership position—and was charged with accusations of nepotism, causing the institution to issue a series of statements defending its decision to terminate Bondil on the grounds that it had received workplace-related complaints against her. The turmoil led to further controversy when members of the staff spoke out. Now, there is a lawsuit against the MMFA from Bondil herself, who has accused the museum of libel. 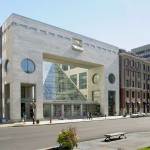 To briefly sum up how the controversy has unfolded, below is a guide to how it has done down so far. This guide will be updated as more information becomes available.

Who is Nathalie Bondil?
Bondil had directed the MMFA since 2007, after she first joined the museum in 1999 as a curator of European art and was promoted to chief curator one year later. In 2007, Bondil’s move up to the directorship made a bit of history when she became the first female leader of the museum, which has been open since 1860. But before she was even named director, she had already accrued a reputation as an expert in European art, particularly in France, where she was awarded the Legion of Honor—the country’s top honor—in 2019.

Why did the museum fire Bondil?
In a release issued in July, Michel de la Chenelière, the president of the museum’s board, said that the MMFA had been made aware of “disturbing” allegations from employees at the institution. Bondil had been accused of creating a “toxic workplace environment” at the museum.” “Given the seriousness of the reported facts,” de la Chenelière said at the time, “our commitment toward the employees, whose daily actions exemplify the museum’s values, was without question.” Shortly afterward, Quebec’s government stepped in to investigate Bondil’s firing. That investigation is still not yet complete, and its findings have not been made public.

How did Bondil respond?
According to the Francophone Canadian publication La Presse, Bondil was offered a deal in which she could curate two exhibitions and retain her title and salary through June 2021. She reportedly denied the offer, calling it “totally unacceptable.” Later, Bondil told the New York Times, “The investigation will help us understand the true reason for the firing decision.”

Who is Mary-Dailey Desmarais, and what does she have to do with Bondil?
In July, just before Bondil was fired, Desmarais, who had been a curator of modern and contemporary art at the museum already, was named director of the curatorial division—a top post that had just been created by the MMFA. The appointment was greeted with suspicion in the Canadian press. Outlets such as Le Devoir and La Presse reported that Desmarais was internally not considered the top person for the position, according to documents obtained by the publications, and that Bondil had been pushing for another candidate instead. (Bondil later claimed that one reason for her ouster was her lack of support for Desmarais’s promotion.) Desmarais married into a family with strong connections in the art world and within the museum itself. A pavilion at the MMFA bears the family’s name, and her husband’s uncle sits on the museum’s board.

How has the MMFA defended Desmarais’s promotion?
In a release sent out days after Bondil’s firing was reported in the press, the MMFA said that Desmarais had the expertise required for the position—she holds a Ph.D. from Yale University’s vaunted art history department, and she is “valued and trustworthy,” according to the statement. “Her understanding of the complexity of the institution’s current operations is an undeniable asset,” read that statement, which was signed by 11 members of the curatorial team. “Mary has won our profound respect through her openness to collaborate, her intelligence, her ability to listen and learn quickly, her discretion, her modesty, her integrity and the quality of her scholarly publications.”

What have the MMFA’s workers said about Bondil’s firing?
In August, more than 100 workers at the museum signed an open letter in which they alleged that Bondil often took credit for the ideas put forward by people beneath her in rank. In an interview with the Globe and Mail, Anne Grace, a curator of modern art at the museum who organized the letter, claimed that members of the staff were discouraged from going public with their accusations against Bondil. The signatories threw their support behind Desmarais, who is a “very well-educated, well-respected colleague who we felt was very capable to take on her position,” Grace said.

How have experts responded to the news?
Many key figures in the art world and beyond have decried Bondil’s ouster. Nathalie Roy, Quebec’s culture minister, said in an interview broadcast on Canadian radio, “The Montreal Museum of Fine Arts is Nathalie Bondil!” In France, the outcry was particularly swift and intense. The Musée d’Orsay’s head, Laurence des Cars, called Bondil’s firing “absolutely unacceptable,” and Emma Lavigne, the president of the Palais de Tokyo, described it as “an act of pure violence.” (Initially, the Art Newspaper reported that the Musée d’Orsay in Paris had cut ties with the MMFA because of it, and would no longer travel an exhibition about Charles Darwin to the Canadian museum, but Le Devoir, a French-language outlet, soon reported that that was not the case and that both museums would continue maintaining a relationship.)

Have there been any major changes at the MMFA since Bondil’s departure?
On September 18, around two months after issuing a statement in support of Bondil’s firing, Michel de la Chenelière, the president of the MMFA’s board, said he would not be seeking another term. His hope, he said in a statement, was that the museum would enter a “new era” in the coming years. Pierre Bourgie, who had been a member of the board from 2009 to 2018, would take de la Chenelière’s place. That same day, Bondil sued the MMFA, alleging unfair dismissal and libel. She is seeking 1 million Canadian dollars ($750,000) in moral damages and another 1 million Canadian dollars in punitive damages.