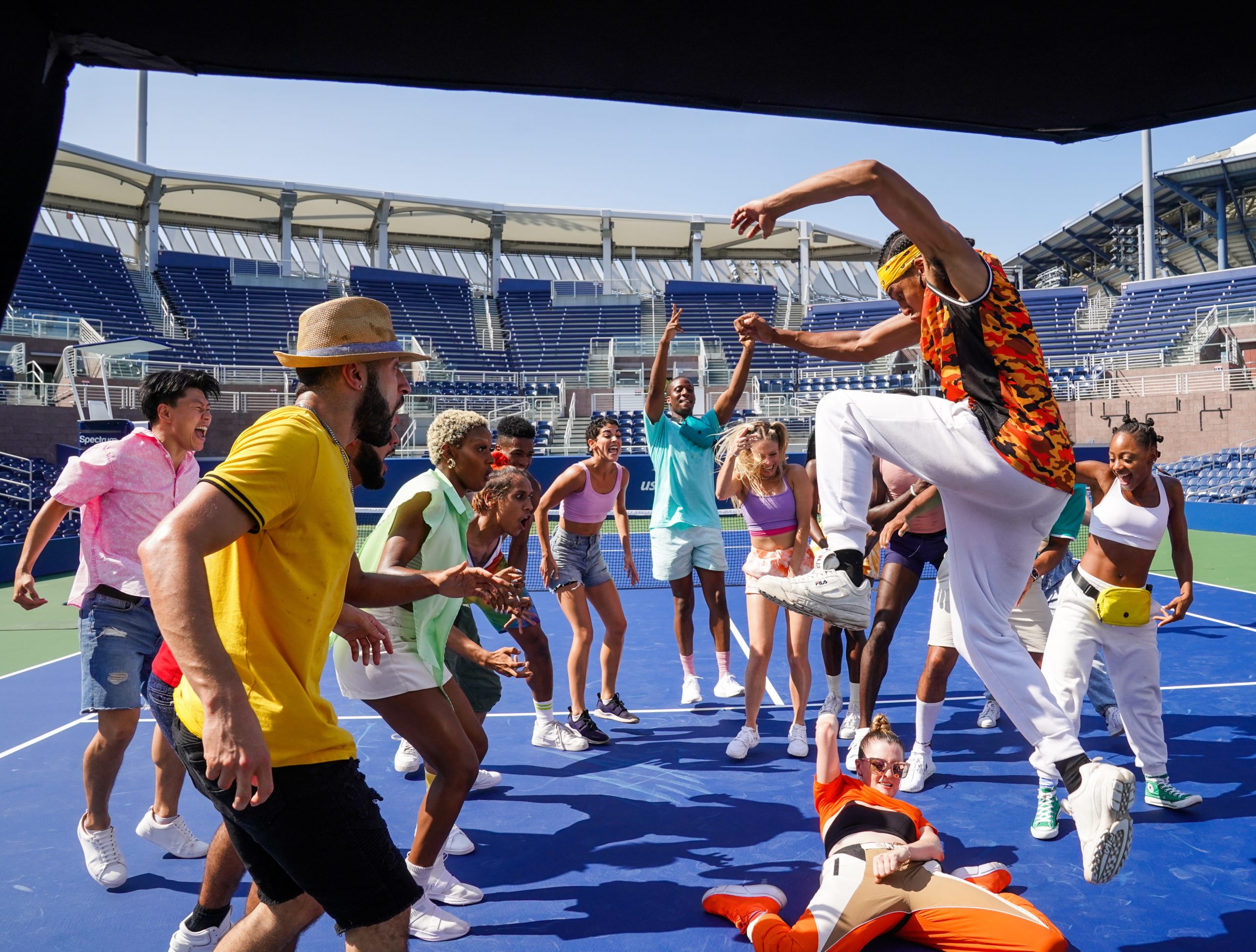 ESPN’s promotional campaign for the 2021 US Open in New York – the last of tennis’ four Major championships of the year – will express the joy of fans upon returning to the stands after last year’s event was held without spectators.  The spot, which debuts today, Tuesday, Aug. 24, across ESPN’s linear networks, features a team of dancers performing on the Grandstand court at the USTA Billie Jean King National Tennis Center, on the grounds of the venue and in front of the nearby iconic Unisphere from the 1964 World’s Fair.  All scenes in the fast-paced 30 seconds are interspersed with video of tennis’ top stars performing at the event.  Ebony Williams, a choreographer on this year’s film In the Heights, based on the Broadway play, was the co-choreographer for the spot, working alongside Gabe Emphasis.  For music, Katy Perry’s “Smile” was selected.

To View the Spot

“The US Open is not just a sporting event,” said Chris McClure, senior creative director, Grande & Leonard Creative, ESPN.  “It’s a huge block party in the name of tennis. A celebration of people and cultures from all over the world. Players, fans and New York City light up with excitement and anticipation. It’s that feeling that hits you when you hear your favorite song. A feeling that gets you up out of your seat and makes you move to the beat. Not only the beat of the music you love, but the rhythm of your heart. You dance and celebrate with your friends with uncontrollable, untamable joy. *

“This year’s campaign can simply be defined by one word, Joy,” he continued. “That emotion is particularly apropos this year as fans return after a year away to cheer on their favorite players. Shot on the heralded grounds of the USTA Billie Jean King National Tennis Center and in the shadow of the iconic Unisphere, the spot was a team effort between our creative staff, ESPN Marketing, Moonshot Productions and renown choreographer, Ebony Williams, who recently worked on the feature film, In The Heights, to bring the concept to life.  We captured the unwavering joy of this event through a multi-cultural team of dancers and stylistically diverse and energizing dance routine to truly represent the global nature of this iconic New York event.”

ESPN and the US Open

ESPN’s exclusive coverage of the two weeks of the US Open – 130 hours on television and every match from every court including singles, doubles, juniors and wheelchair on the ESPN app with ESPN+ and ESPN3 – will begin Monday, August 30.  Action will climax with the Women’s Championship on Saturday, Sept. 11, and the Men’s Championship on Sunday, Sept. 12.  ESPN has televised the US Open since 2009 and has held exclusivity for the event since 2015.