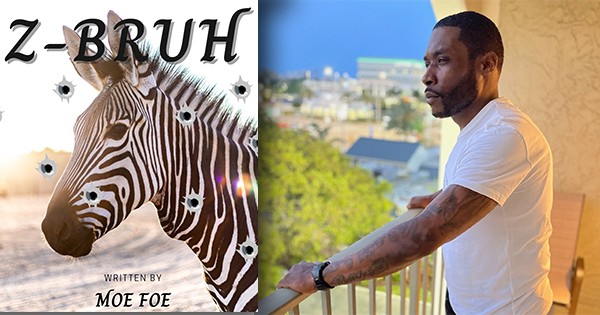 Nationwide — Z-BRUH by Moe Foe, newly released by Gatekeeper Press, serves up the frills and perks of a hustler’s lifestyle. The novel also explores the stark reality many long-time drug dealers face when they become wise enough to realize they no longer want this path. This realization arrives painfully, as those who’ve entered this profession as teens, mature into men, start raising children, see the number of casualties rise among friends, witness the effects of the drug culture on the community at large, and/or understand the severity of stiffer penalties awarded to drug-related offenses.

“Real men grow up and find themselves stuck and facing a moral dilemma.” says the author, who penned Z-BRUH under the pseudonym Moe Foe to appeal to Urban and Street Lit audiences. “It’s easy to get caught up in the excitement, but afterward, without a work history, becoming gainfully employed is a serious challenge. Plus, those convicted of drug offenses are denied the financial aid most college students would receive. I wrote this novel so that the next generation can make better decisions and live a better future.”
With novels like The Godfather by Mario Puzzo becoming the great saga directed by Francis Ford Coppola and the non-fiction book Wiseguy: Life in a Mafia Family by crime reporter Nicholas Pileggi transformed into Goodfellas by director Martin Scorsese, the interest in the crime genre is unrelenting.
Gatekeeper Press works with emerging authors looking to publish their manuscripts and supports them with editing, design, and marketing services. Allowing authors to retain control over their projects gives them the freedom to sell their work and the option to publish under a pen name, like Moe Foe, the nickname this author acquired in his hometown. And with the support of this author’s network, Z-BRUH could become the next timeless crime story.
ABOUT Z-BRUH
Z-bruh controlled his crew and ruled over his D.C. neighborhood for more than ten years. Now that he’s ready to invest in legitimate business and leave the streets behind, his decision meets resistance from those closest to him. When something goes wrong at his last re-up, it triggers a domino effect, which could prove costly for Z-bruh and his crew. Is this bad karma? Will Z-bruh be able to pick up the pieces and still retire? Or will his exit from the game land him in jail or send him to the grave?
Z-BRUH (ISBN: 978-1662920233, 256 pages) is available on Amazon, BarnesandNoble.com, and everywhere else paperbacks are sold.
Be sure to follow the author, Moe Foe, on Facebook at @cruddyworldllc, as well as on Instagram at @laundrymat_moefoe

About Gatekeeper Press
Gatekeeper Press is a small publishing house, based in Columbus, Ohio, that supports independent authors with professional quality service while allowing them to retain control over their project and receive 100% of their royalties.
The genre of Crime Fiction has brought forth some of the most compelling tales. The more popular among these become adapted to film. Whether within the context of a novel or playing out on the giant screen, exploits of the modern-day gangster are intriguing. Most Americans are familiar with the rise and fall of Tony Montana, as Scarface remains a genre favorite. Many are fascinated with the lifestyle, ruthlessness, power, and carte blanche associated with being the next Tony Montana but seldom envision themselves falling victim to his ultimate demise.
For more information, including media inquiries, interview requests, and bookings contact author Moe Foe via email to CruddyWorldLLC@gmail.com or call (240) 459-4560.