In Memory of Congressman John Lewis and Reverend C.T. Vivian

In Memory of Congressman John Lewis and Reverend C.T. Vivian

On July 17, we lost two warriors in our fight for justice. While we mourn the loss of civil rights giants, Congressman John Lewis and Rev. C.T. Vivian, we also celebrate their lives and legacy. The loss of their presence on this earth will be felt globally, especially during this time of ongoing civil unrest. Congressman John Robert Lewis died at the age of 80 after his battle with cancer and Rev. Cordy Tindell (C.T.) Vivian died at the age of 95 of natural causes. We send our prayers and most sincere condolences to both families.

The televised beating of Congressman John Robert Lewis as he led the demonstration that became known as Bloody Sunday in Selma, Alabama, shocked the nation. As a founding member of the Student Nonviolent Coordinating Committee and later congressman representing Georgia, John Lewis spent his entire life pursuing a better future for generations to come. During the 1963 March on Washington, as the youngest speaker, he delivered an elegant speech and was later elected to Congress in 1986, where he was known as the “conscience of Congress.” Knowing that change required “Good Trouble” he stood tall in the face of adversity and used the power in his voice to speak reason during times of chaos. In 2011, President Barack Obama awarded him the Presidential Medal of Freedom. 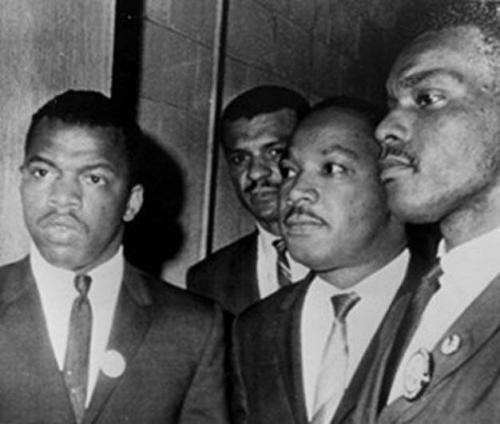 Rev. C.T. Vivian, in the words of Dr. Martin Luther King, Jr., was the greatest preacher to ever live. He held numerous leadership positions throughout the Civil Rights Movement, including roles in the Southern Christian Leadership Conference and the Student Nonviolent Coordinating Committee. While being televised, Rev. Vivian was beaten by Sheriff Jim Clark until blood dripped down his chin for trying to register a group to vote in Selma, Alabama. C.T. Vivian dedicated his life to working on race relations, fighting white supremacy, and building multiculturalism in this nation. He was awarded the Presidential Medal of Freedom in 2013 by President Barack Obama

Sorors, let us use the legacies of Congressman Lewis and Rev. Vivian as motivation to continue our fight for true justice and equality for all.

Yours in the bond of sisterhood,