Former basketball player Marcus Damas is scoring big as an entrepreneur. As the founder of Fueled by Culture, Damas is at the intersection of marketing and culture. In 2016, he launched the “talent-oriented, creative and event production company founded in deep personal relationships with the drivers of today’s attention,” according to the company’s website.

Since then, he and his team have curated countless experiences for celebrities, executives, entrepreneurs, and organizations across various industries.

Merging tech and culture is one of the ways that Damas believes black creatives and professionals can become more fluent in technology and other social languages.

Given Fueled by Culture’s success, Microsoft decided to partner with the marketing company to create a networking experience with the goal to get more black professionals into the tech and culture space.

“Microsoft saw the value in bridging technology and culture and they saw us as being the best partner for them,” said Damas.

The Mezzanine was full to capacity with standing room only as creatives, entrepreneurs, and techies awaited Lyons and Civil’s conversation. During the event, Civil and Lyons discussed how technology and culture are making significant impacts in their respective industries in a conversation led by Isa Watson, founder and CEO of Squad, a community for connection.

Civil’s ambition and entrepreneurial mindset have set her apart as a businesswoman. And, she says that it all started by being digitally and tech-savvy. 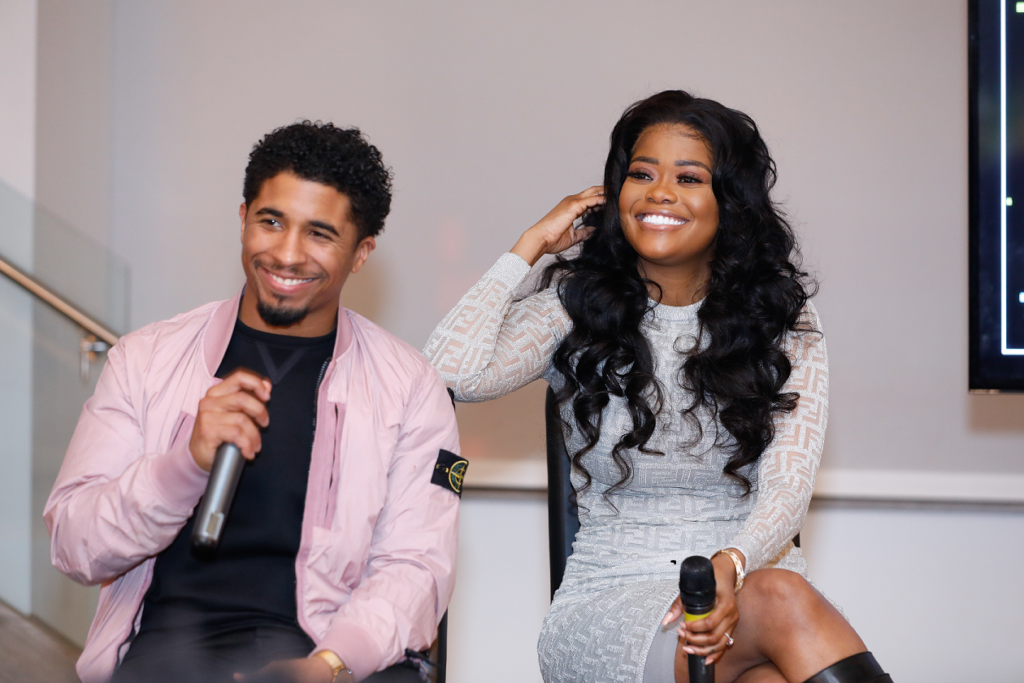 “The tech digital space is how I started my career. Remember the AOL disk? That was my way of communicating with people outside of my community.”

Civil went from communicating with a pen pal while in high school to leveraging opportunities like meeting her favorite boy band. From there, she began to strategize ways to tell stories and connect with others while getting paid. She now works with movers and shakers in hip-hop, politics, and leaders at major corporations. And as a businesswoman, she is committed to helping her clients and other entrepreneurs understand how technology can help further their business.

And, she is also excited about the efforts to educate young people about tech.

“In the black community, it’s now a conversation that’s being had more. Seeing girls code and Google opening up their doors is exciting. And now, there are new opportunities and new careers,” added Civil.

For Lyons, fueling the culture looks like being able to ignite communities of color economically through his work at Andreessen Horowitz.

“We have the Cultural Leadership Fund, which is a strategic partnership with the world’s greatest cultural leaders. And that’s in the worlds of athletes, entertainers, musicians, and senior-level executives—who are all African American—who are helping to foster what we call shared genius.”

Those leaders are then connected with tech companies to help foster a new level of culture. Lyons also adds that the fund is an innovative way to move businesses forward.

Additionally, through his work, the tech industry is becoming more diverse.

“One hundred percent of the proceeds from our fund with management fees and carry (carried interest) go to a select number of nonprofits that help advance more African Americans into technology. We think that it’s extremely important to be able to identify the talent outside of the traditional ecosystems where Silicon Valley’s pool is coming from and help equip the next generation,” said Lyons.

Watson, the founder of Squad, says that culture is that one thing that is authentic through and through. Therefore, it impacts the way people connect.

To that point, that is what made the Fueled by Culture event a success. Tech & Culture was a unique networking experience for some of the brightest creatives and entrepreneurs.

“Being an entrepreneur, there is no blueprint to success or to get from A to Z. So, it’s important to gather as much perspective as possible. We want to create an environment where people can pull perspective and apply it as necessary.”

Tech & Culture is an ongoing event series and Damas plans to continue to uplift the community and further the culture.