Rebecca Wei, Christie’s former Asia chairman, is joining Lévy Gorvy gallery as a partner. Starting on October 1, she will work alongside Danqing Li, who will now serve as president of the gallery’s Asia operations. The two will continue to develop relationships with top collectors, artists, museums and trade colleagues throughout the region in China, Korea, Japan, Singapore, and elsewhere.

As Lévy Gorvy sheds directors in its European galleries following earlier staff cuts due to the global pandemic, the addition of Wei in Asia points to the recovery of the art market—or, at least, Lévy Gorvy’s hopes for a recovery—being driven from Asia. 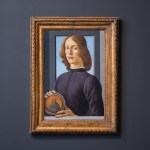 “Our work in Asia began with our participation in the very first Art Basel Hong Kong fair in 2013,” said Lévy. “Since then, and in spite of the dramatic and challenging times we are all living in, our commitment and belief in the region has only grown.”

In August 2019, Wei resigned from her executive position at Christie’s Asia just eight months after her appointment as chairman. The unexpected move came after a drop in the houses’s regional sales of 18 percent from spring 2018 to 2019. When she resigned, no reason was provided by the house for her departure. During her tenure at Christie’s, Wei is known to have developed ties with Shanghai billionaire Liu Yiqian, who bought Amedeo Modigliani’s Nu Couché (1917–18) at a Christie’s New York sale in 2015 for $170 million.

Wei began as a general manager at Christie’s in 2012, and was later appointed as president in 2016. Before joining the auction world, she served in senior positions at telecommunication firm McKinsey & Company in Asia and investment firm UBS Warburg Dillon Read.

The new role marks a reunion with gallery cofounder Brett Gorvy, who also formerly worked at Christie’s. “She is a leader in the art world, known equally for her tremendous business acumen and her personal passion for art,” Gorvy said in a statement.