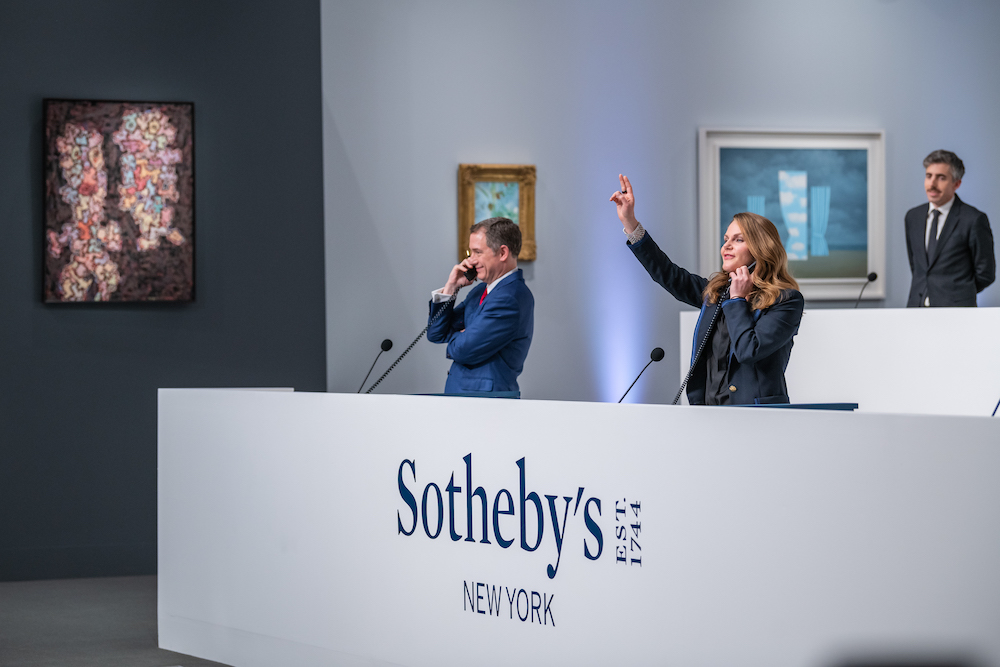 In a dramatic turn of events just two hours before they were supposed to go on the block, the Baltimore Museum of Art paused its plans to auction off two paintings from its collection (and sell another privately) through Sotheby’s in New York. The move followed “a private conversation between the BMA’s leadership and the Association of Art Museum Directors.” [ARTnews]

As it went without the BMA works, last night’s evening sale at Sotheby’s for contemporary and Impressionist art generated $284 million. [ARTnews]

For background on the controversy surrounding the proposed museum sales, read Alex Greenberger’s overview of what preceded it. [ARTnews]

Ghana has appointed a 13-member President’s Committee on Museums and Monuments “to investigate radical new ways of presenting narratives, as well as engaging communities from across social divides in Ghana, so that they might see themselves properly represented in their museums.” The group will be run by the Accra-based ANO Institute of Arts and Knowledge. [The Art Newspaper]

In case you missed it, ANO Institute founder Nana Oforiatta Ayim wrote a column for ARTnews about her life’s work. [ARTnews]

Michelangelo Pistoletto, now 87 and on the other side of a serious bout with Covid-19, has a story to tell (and a show at Lévy Gorvy gallery in New York). [The New York Times]

“Tracey Emin has revealed she was diagnosed with cancer earlier this year and is now in remission after an operation in the summer.” [The Guardian]

Anna Souter wrote an overview of “air pollution in art from JMW Turner to today.” [The Guardian]

The storied American activist Angela Davis was a big figure behind the Iron Curtain—a cross-cultural tale told in part by “a dense, heady exhibition” in Dresden that “takes Ms. Davis’s cult status in East Germany as a starting point.” [The New York Times]

Take a tour of ARTnews Top 200 Collector Cheech Marin’s art-filled home—brought to you by GalleryPlatformLA. [ARTnews]

The legacy of the great interplanetary visionary and artistic muse Sun Ra is standing strong. [The New York Times]