Essential Books: ARTnews Staff Picks to Buy for Yourself or Give as Gifts 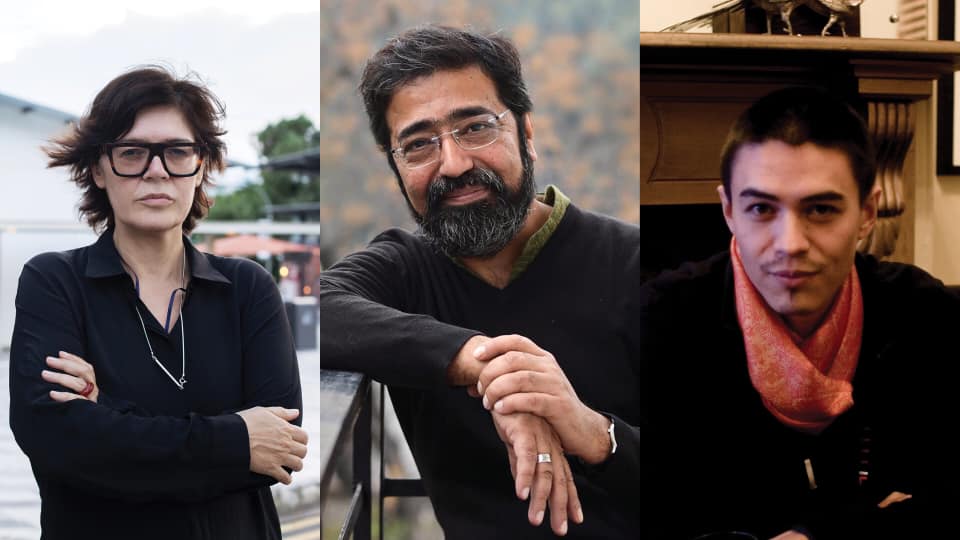 Essential Books: ARTnews Staff Picks to Buy for Yourself or Give as Gifts

For many art writers and journalists, writing involves a good deal of reading as well, and the staff at ARTnews each have books they rely on while penning their articles. Below are some of the tomes they consider essential. Consider adding a few to your bookshelf or giving one as a gift.

Posing Beauty: African American Images from the 1890s to the Present
No photograph is devoid of political associations, and in this essential book, Deborah Willis mines the many meanings generated from pictures of African-Americans taken by professionals and nonprofessionals alike over the course of more than a century. Willis, who writes with a lucidity that’s rare for an art historian, keeps things nuanced, exploring the influence of gender, class, and other factors on the way we understand beauty in pictures by Carrie Mae Weems, Carl van Vechten, Jamel Shabazz, and many more.
Purchase: Posing Beauty $49.95 on Amazon 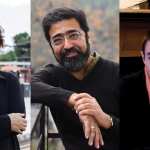 Postwar: Art Between the Pacific and the Atlantic, 1945–1975
When the 2016 exhibition “Postwar” was mounted at the Haus der Kunst in Munich, an entire paradigm shifted, and space was made in art history for artists such as Hervé Télémaque, Mohamed Melehi, Charles Zenderoudi, and many others, all of whom made significant contributions that largely had been downplayed due to a focus on European modernism. The show lives on in this remarkable resource, which includes an essay by the late Okwui Enwezor, who co-curated the exhibition with Katy Siegel.
Purchase: Postwar, from $325.oo on Amazon

The Grand Medieval Bestiary: Animals in Illuminated Manuscripts
This book by Christian Heck and Rémy Cordonnier is an opulent guide to the creatures that figure in illuminated manuscripts from the Middle Ages. With vibrant illustrations and thoughtful annotations, the 587-page tome offers detailed information on the symbols and icons central to visual culture in the medieval period.
Purchase: The Grand Medieval Bestiary, $75.00 on Amazon

Art and Activism: Projects of John and Dominique de Menil
A survey of the Menil Collection and how it came to be, with social and sacred extrapolations.
Purchase: Art and Activism, $65.00 on Amazon

Art as Experience
Based on John Dewey’s lectures of 1932, this volume explores what it really means to engage and experience art.
Purchase: Art as Experience, $14.99 on Amazon

Angle of Yaw
Toward the middle of this book by Ben Lerner, the author makes some declarations about art: “If it hangs from the wall, it’s a painting. If it’s very big or very small, it’s conceptual. If you have to buy a ticket, it’s modern. If you are already inside of it and you have to pay to get out of it, it’s more modern.” When I first read that poem (or not-poem) in college, I took it to mean that the act of looking at art was a joke on the viewer. Now I think Lerner meant that it’s all simpler than anyone admits, which is a comfort. Either way, it’s a good read.
Purchase: Angle of Yaw, $14.49 on Amazon

Chicano and Chicana Art: A Critical Anthology
Chicana theorist and poet Gloria E. Anzaldúa once wrote, “Until we live in a society where all people are more or less equal and no labels are necessary, we need them to resist the pressure to assimilate.” This is one of three quotes that set the tone for this revolutionary anthology, spanning several decades, of some of the most important writing about historical Chicano and Chicana art. The editors say their goal is not to be comprehensive but to complement compilations that have come before them and to “offer a provocative sampling of essays and ideas that will hopefully spark discussions and debate.”
Purchase: Chicano and Chicana Art, $33.95 on Amazon

WACK!: Art and the Feminist Revolution
When curator Connie Butler’s exhibition “WACK!: Art and the Feminist Revolution” opened in 2007, it was the first of its kind to trace the ways in which women around the world created art that was directly in conversation with the feminist revolution. This book, the exhibition’s accompanying catalogue, is a necessary handbook for anyone interested in such topics as the work of Black women artists, feminist performance art, women artists working during the Chilean military dictatorship, and more. But most valuable is this volume’s nearly 200 pages of color reproductions of much of the show’s art, as well as more than 100 pages of artist biographies.
Purchase: WACK!, from $90.00 on AbeBooks.com

Radical Women: Latin American Art, 1960–1985
Among the standout group exhibitions presented in 2017 in Southern California as part of the Getty Foundation’s Pacific Standard Time: LA/LA initiative was “Radical Women: Latin American Art, 1960–1985.” Organized by Cecilia Fajardo-Hill and Andrea Giunta for the Hammer Museum, the exhibition examined the ways in which Latin American women artists were at the forefront of avant-garde practices across the Americas. The catalogue features a few thematic essays, other writing that looks at each country’s artistic scene, and a huge swath of color reproductions and artist biographies. All in all it’s one of the most important catalogues of the past few years.
Purchase: Radical Women, $159.99 on Amazon

Despite legal crackdowns, unpaid internships are still rife in the art world