Born in Baltimore, Md. to a railroad porter and a teacher, Thurgood Marshall, became the nation’s first African American Supreme Court Justice. After having his application to the University of Maryland denied because he was Black, Marshall decided to attend the Howard University School of Law where he would later graduate at the top of his class before starting his own legal practice in his hometown of Baltimore, Md. During his service as a Supreme Court Justice, Marshall was passionate about the advancement of colored people through civil rights and affirmative action laws.

Vivien Thomas was the assistant to Johns Hopkins surgeon, Dr. Alfred Blalock. He was a clinical laboratory supervisor and assisted in developing the life-saving cardiac surgical procedure for “blue baby syndrome” in 1944. Even without a formal medical degree, Thomas was one of medicine’s greatest innovators, developing techniques and tools that would set the standard for modernized heart surgery today. 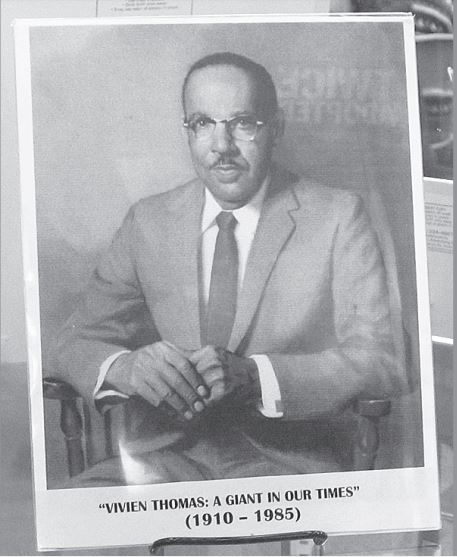