Former President Barack Obama said he was “proud to rep” the World Cup-winning U.S. women’s national soccer team in a photo shared on social media Wednesday showing him posing with a team jersey.

Obama thanked the players “for being such a strong inspiration for women and girls — and everybody — all across the country” in posts on Instagram and Twitter.

Proud to rep America’s best team! Congrats @USWNT and thanks for being such a strong inspiration for women and girls—and everybody—all across the country. pic.twitter.com/9Gp6UTZhEE

Former first lady Michelle Obama shared her own tribute on Sunday after the team’s 2-0 victory over the Netherlands in the tournament final.

Meanwhile, team co-captain Megan Rapinoe confirmed Tuesday night that President Donald Trump had not yet invited the players to celebrate at the White House, and said she and every teammate she’d spoken to wouldn’t go anyway.

The national team’s soccer stars did visit the Obama White House after winning the World Cup in 2015, however: 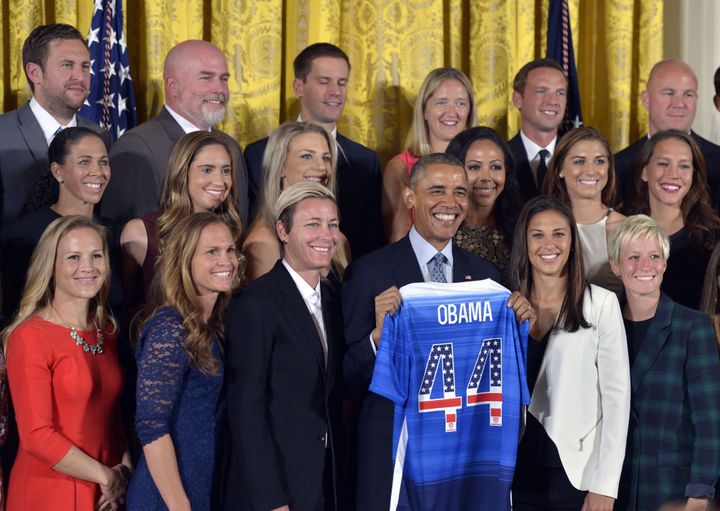 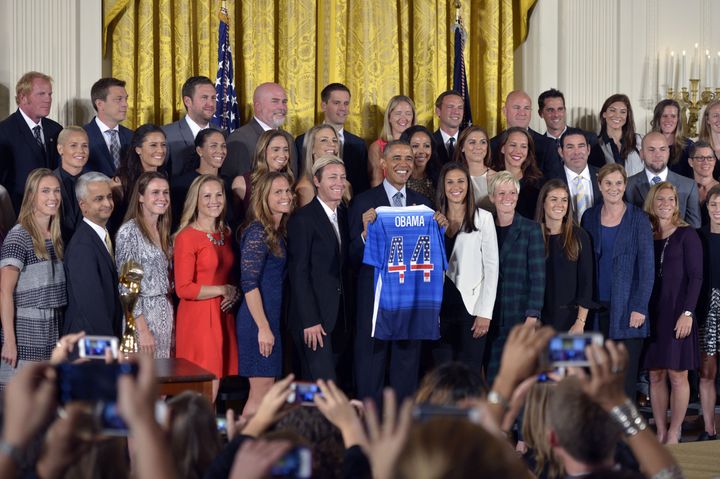 And some wags on Twitter suggested a cheeky way Obama could help them mark the back-to-back victories that may get Trump all wound up:

I still think teams should go visit President Obama when they win. I don’t care if they just have a cookout in his backyard. https://t.co/Cx1ACWTA87

Can you invite them to your house? I’m happy to help cook!

Invite them all to your house for McDonald’s and film it.