Angelina Jolie has been tapped to direct a biopic about celebrated British war photographer Don McCullin. The film is titled Unreasonable Behaviour, after McCullin’s acclaimed autobiography of the same name, which chronicles his exploits covering international conflict. BAFTA-nominated screenwriter Gregory Burk has adapted the book into a screenplay, while Hardy Son & Baker, which is run by actor Tom Hardy and Dean Baker, will produce the film. McCullin will act as an executive producer.

Jolie’s directing credits include 2014’s Unbroken, which tells the true story of a USA olympian and army officer who was held as a prisoner war by the Japanese army during World War II, and First They Killed My Father, a 2017 Cambodian–American thriller based on the memoir by Loung Ung of the same name. The film followed Ung’s experience as a child soldier during Cambodia’s repressive Khmer Rouge regime, which resulted in widespread famine and the murder of hundreds of thousands of perceived political dissidents. 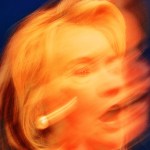 McCullin was subject of a 2012 documentary that focused on some of his most enduring work, including his black-and-white images taken in war-time Cambodia and Vietnam for the Observer and the Sunday Times. Today, he ranks among one of today’s most celebrated documentary photographers. In 2019, his works were the subject of a major Tate Britain survey in London; that show is now on view at Tate Liverpool.

“Having viewed Angelina’s last film on Cambodia (and having spent so much time during the war there) I was very impressed at how she made such a powerful and accurate representation of the place at that time,” McCullin told the Hollywood Reporter. “I feel as if I am in safe, capable and professional hands with her.”

In an interview with Variety, Jolie said “I was drawn to his unique combination of fearlessness and humanity—his absolute commitment to witnessing the truth of war, and his empathy and respect for those who suffer its consequences. We hope to make a film that is as uncompromising as Don’s photography, about the extraordinary people and events he witnessed, and the rise and fall of a unique era in journalism.”