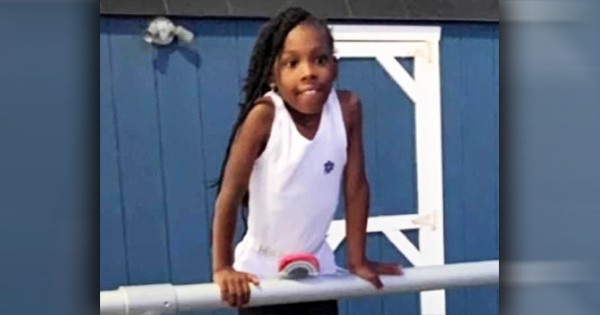 Nationwide — Nyla Anderson, a 10-year old girl from Chester, Pennsylvania, has sadly died after reportedly trying the “blackout challenge” that tells participants to hold their breath until they faint. Her grieving family wants to alert others about its dangers.

Nyla was found unconscious in her bedroom of their home on December 7. She was rushed to the hospital where she was admitted to the pediatric intensive care unit for days before she died on December 12.
“She happened to be in her own bedroom of her house, with her family at home,” Elizabeth Wood, a licensed clinical social worker at the local hospital, told ABC 7. “But no one was in the bedroom with her when this happened, so there was no one there to save her.”
Her family describes her as a happy and bright child who spoke 3 languages. They are still in a state of shock after Nylah’s tragic death.
“I’m so hurt,” said her mother Tawainna Anderson. “This is a pain that won’t go away. It’s at the top of my throat. I am so hurt.”
Moreover, Nylah’s family wanted her story to be known, warning other parents to keep a close eye on their children to prevent it from happening.
“Make sure you check your kids’ phones,” Tawainna said. “You never know what you might find on their phones. You wouldn’t think 10-year-olds would try this. They’re trying because they’re kids and they don’t know better.”
The trend, which reportedly traces back to the 1990s, had been recently resurfacing on social media where it spreads faster. A TikTok spokesperson said it is taking measures to stop users from sharing any content that promotes dangerous behavior.
“This disturbing ‘challenge,’ which people seem to learn about from sources other than TikTok, long predates our platform and has never been a TikTok trend,” the spokesperson said, according to Today. “We remain vigilant in our commitment to user safety and would immediately remove related content if found. Our deepest sympathies go out to the family for their tragic loss.”